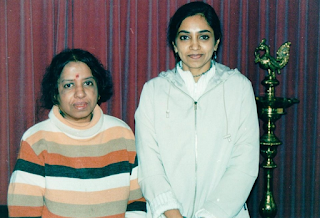 
“I have not called you to Australia to bore me with load of advice everyday”.

“I would have stayed there back at home, had I known that you had called me only to witness this horrible show”.

“Horrible show… if I am bold that’s horrible… if I am timid, I am perfect. Is it not that?”

Arulamma gazed at her daughter, who is now talking with raised eyebrows, gesturing with her index finger boldly. Was this the same Subhashini who would whisper behind her pallav begging her,

“Amma, request Appa to consider my preference before fixing up the marriage with the groom – Amma, please”? Arulamma wondered at the changed Subhashini – much changed after coming to Australia (²ö§¡¢Ä¢Â¡) – from a timid girl who was afraid of her father once, to a more confident woman now… changed in her dressing and in talks. How insolently does she dismiss her sense of fear with apparent nonchalance!


“Why are you dumb, Amma? Initially a girl has to be afraid of her parents, then of her teachers, then of her neighbour… then of the society and finally of her husband… and end up her life with this eternal sense of fear”.

“Why do you think of it as fear? Think of it as a sense of respect… as a sort of discipline! When we obey our parents, we grow up as good children. If you are afraid of your teacher, you will study well… all the same, when you obey the norms of the society, you are groomed as a respectable woman”.

“Enough, Amma. You have spoiled your life by talking like this. Don’t ruin my life also”.

“No mother will intend to ruin her own daughter’s life”.

“But you do, Amma. That is why you are persuading me to live with that miser… After all, Appa had hunted for that miser and got me married to him”.

“Shut up; he who was a perfect husband at home land has become a miser as soon you landed up in Australia, eh?”

“When we lived in a house given as dowry without rent, spending this salary, where is the room for his miserliness there?

“Here it is! He has looked after you comfortably there in our homeland… not even sending you to work. May be, he is trying to be a bit frugal after coming here according to the needs. Why don’t you understand?”

“Only you son-in-law feels the same way as you do and starts buying dresses everyday, where shall we go and beg for the family expenses?”

“Amma, however much you argue I have decided to divorce Kumaran. Don’t harp on as a bee and spoil the minds of the kids also”.

Arulamma laughed at this. Do they really think about the children? Having come to the country of the whites, we tend to behave like them. Who is worried about the plight of the children here?... Who cares about their broken hearts? What about the bashings and thrashings which she received from her husband? Since she bore the thrashings, and raised the children now Subha stands before her as a grown up woman.

“Subha, had I divorced your Appa then, you would not be living so respectfully today?”

“You were afraid to divorce Appa; I m not”.

“But I was not afraid of committing suicide then. Only for you… thinking about you… I pulled on and on with this life.” Bursting into tears, Arulamma threw herself on the cot and sobbed. The sudden slapping of the door with a thud could be heard. Subhashini has left for her work.
Arulamma would advice her daughter when the grand children were away in school. But subhashini would leave heedlessly every day. She wouldn’t leave simply. She would hurt her with cruel words… that make her heart bleed!

“I cannot live with a miserly husband”.

What a cool statement it is!

If the reason is just the miserliness of Subhashini’s husband, then did Arulamma and other women like her, not have thousands of other reasons to divorce their husbands? Is it just a sense of fear which made them succumb quietly?

How much have they cherished their marriage as a sacred institution, their promise to be together – forever in times of hardships and happiness! With how much care have they handled their married life-sanctified with all the ceremonial rituals-as if they were walking with precious glassware on their heads! They cherished their married life, understanding and accepting each other’s weaknesses-with the hope to raise their children… children bron out of their happiness with responsibility, affection and love and not to leave them as orphans… Can all these be done with a sense of fear, as Subhashini says?

“Don’t be with the daughter of a cheat who has promised you a house as dowry but cheated you with just the basement. She would force you to drink poison in bed”. How many times Arulamma would have cried reading this letter of her mother-in-law’s to her son immediately after her father’s death? Is woman herself an enemy of another woman?

Every visit of Arulamma’s mother-in-law during the holidays would induce her husband to beat her and to throw wares at her so as to declare the mother that he was not a hen pecked husband. How many broken glass pieces were gathered by her patiently? Had she ever retorted her husband accusing him a coward-when he came to caress her wounds in his mother’s absence? Or was she able to discard him? Did she not forgive him mercifully compromising not to blame the wounding arrow when somebody had shot it?

It is this sheer tolerance that has been supportive to her husband to be a good father and to provide a good life for his children. If Subha had inherited a little bit of her tolerance, her life would not have been shattered like this.

The calling bell interrupted Arulamma’s thoughts. “Has subha come back from the work? Perhaps she could not stay there peacefully…” When Arulamma opened the door thoughtfully, it was Kumaran; her son-in-law.

“Having you been crying, Mami?”

“I have been crying since the day I came to Australia”. Arulamma wiped out her tears with her pallav.

“You have crying since you came here… but I regret my decision to come to Australia. Otherwise, subha would not have changed like this?

“Don’t bother, Mami. Subha rang me up to come and collect some important papers signed and kept by her in our daughter’s room”.

“Thambi…Subha is just a kid and behaves in an unruly way innocently. Do you also mean it?”

“Mothers of ten and twelve year old children is no more a kid, Mami”.

Arulamma can no longer continue. She understood his anger on Subha from his gruffly talk.

“Subha was not working there in our homeland… When she began to work here, she was tempted to indulge in petty desires”.

Raging with anger Kumaran thought:
No petty desires… al devouring desires… having understood her desires, how many times he would have implored her to live in a rented house? Did she ever listen to him? She has all desires… to own a big house… to possess the same type of big car like her friends… to have grand celebrations to flaunt her possessions. How many sleepless nights were spent by him worrying about the burden of debts – without laughter… peace of mind… If he insisted on a frugal life to live peacefully, then he would be dammed as a miser. How many days were spent by him tolerating this hell?

“Mami, your daughter has got great desires. She, who despises me as a miser today won’t hesitate to get rid of the children as troublesome tomorrow. Thank god, you have come. Please, be a guardian to my daughters”.

So saying, Kumaran left the place.

“Has Sathya been beaten by her husband brutally? Does he not know that he is in a different country and not in Ceylong… I have told her long back to divorce him!”


“Well, at last she has come back to her senses to opt for a divorce. Take Sathya to a doctor and get a letter from him, certifying her injuries… These are all valid points in the future for a divorce. I shall join you with a solicitor”.

“………”
“Is she crying worried about her children? Tell her that the government will support the destitute women and their children with ample funds. Tell her to be bold”.
Subhashini hung up the phone. 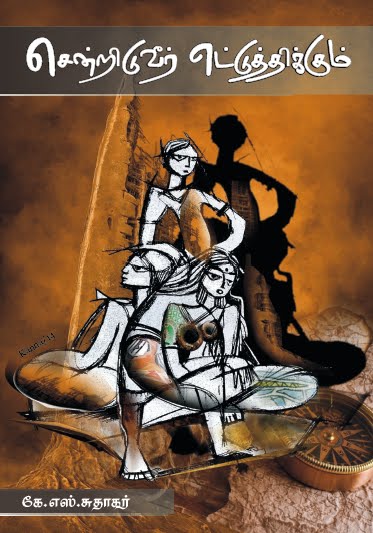 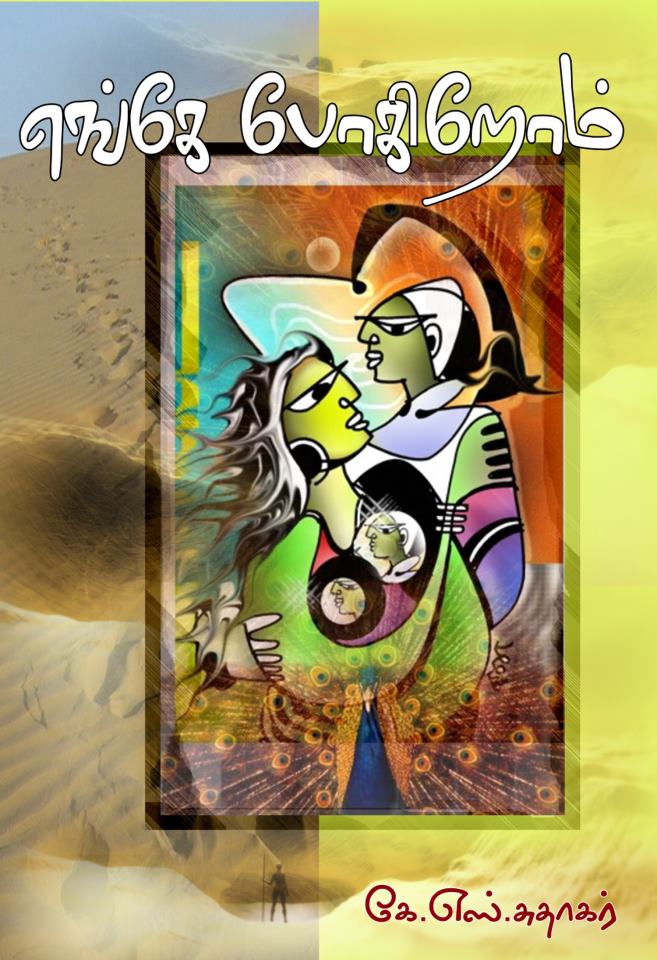